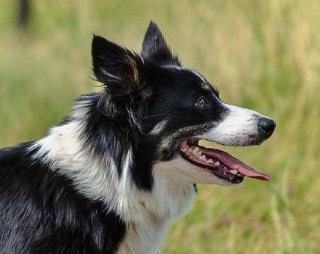 Alicia had been taking her dog Rexy to an off-leash park so he could have time to run around with his friends and she could talk to the other dog owners. Alicia really wanted to learn some things about dogs because she didn’t know much when she adopted Rexy from the pound.

It was a beautiful day to take Rexy to the dog park, but she was reluctant. Lately, a woman named Diane came to the dog park with her dog Bailey, and both were loud and obnoxious. It was hard to figure out who was the bigger bully, the dog or the owner. Bailey was completely out of control. She would jump on people and their dogs, bark and growl, starting fights with other dogs.

“Rexy, do you want to go to 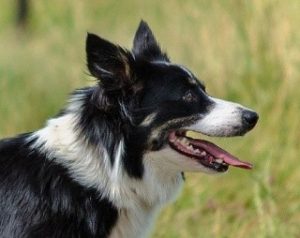 the park?” asked Alicia. Rexy let out two sharp barks to let her know he was ready to go. Alicia wasn’t feeling much like going, but she also knew Rexy needed exercise. She got his leash and off they went.

It wasn’t far. She could already hear Diane’s loud screaming voice from down the street. “Bailey stop that! Come over here, you miserable dog! Why don’t you listen to me!” Alicia cringed on Bailey’s behalf. Alicia was feeling anxious when approaching the gate that led to the off-leash area. Even Rexy was pulling back a bit as they approached. They could see Bailey in the distance terrorizing the other dogs. Alicia wasn’t sure what to do. Everyone was afraid to confront Diane about her, or her dog’s bullying. Should she take Rexy elsewhere? She looked at Rexy and he looked back at her. He was so excited that his body was quivering. He gave two sharp barks to show that he wanted to go. Alicia opened the gate and let Rexy go. Rexy ran to meet his friends and a whole lot of sniffing began. 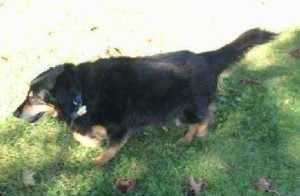 It was so hot out, so Alicia sat down to relax in the shade of a big maple tree. She closed her eyes after the chaos of the day. As she dozed off, she was thinking about Everyday Heroes, a book she read. She dreamt about a Hero coming to her rescue, to deal with the Diane and Bailey, the dog park bullies. She awoke to frightened yelping and realized it was coming from Rexy. Her eyes flew open to see that Bailey had Rexy pinned down. There was a lot of action and a hero had pulled the dogs apart by the time she got there. Alicia put Rexy back on his leash to secure him so she could check if he was hurt. Thank God, he was just a little frightened, but otherwise perfectly okay. Diane had also put Bailey on her leash.

Alicia was scared and knew it was a close call. Diane started to rant. “How could you let your stupid dog come after Bailey? Weren’t you watching? Are you crazy bringing this vicious dog to the park to terrorize other dogs? You are disgusting, and so is your dog!!”

Alicia was angry. She hated being angry. She was losing control. Lately, she had worked with Barbara Kawa, her coach, about this very thing. Alicia was learning to stand in her power, to express herself. “God and the Universe always delivers a test,” Barbara had told her.

“Diane, it was Baile 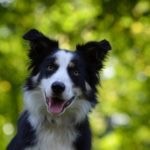 y that had pinned Rexy down and was scaring my dog. Not vice versa. Stop turning things around to blame my dog. That’s a projection to me. What’s up with Bailey that is making him so angry? Oh, and why are you so upset, Diane?” Alicia’s compassion grew as she looked at Diane and saw that she was crying.

“I can’t do this anymore. My life is falling apart. I hate my job, I hate my home, my family doesn’t care. I don’t know how to change things. My finances are a mess and my husband is threatening to leave! My Duke, who was a perfect dog, died a few months ago. My sister adopted this miserable mutt and gave her to me!” Diane kept on sobbing. Bailey seemed to hang her head too. Alicia’s heart softened as she witnessed Diane sobbing. Diane needed a hero. “I’m sorry, Diane, I know exactly how you feel when it seems like you have no choices. I understand, I was in the same boat a few months ago, my life was falling apart too,” Alicia said. “Here is the business card of a great coach who helped me find my way. She can probably help you too. Her name is Barbara and she really knows her stuff. For Bailey, I can hook you up with Joe, my dog trainer. I promise, it will all work out.” 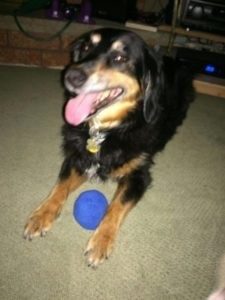 Several weeks later Rexy and Alicia were back at the park. Alicia had her eyes closed and heard a familiar voice. “Hello stranger,” Diane said as she opened the gate and let Bailey off her leash. “Diane! Wow! You look fantastic!” Diane sat down beside Alicia and told her she had undergone intensive coaching as well as her husband. Bailey had received training from Joe, Alicia’s dog trainer. “Barbara helped me regain control of my life. I can’t thank you enough. As I got happier, Bailey started behaving better too. Barbara says that our pets mirror where we are at. Would you like to come over to my house for a thank you dinner?” At that moment, Rexy came running up, followed closely by Bailey. They all became fast friends. Alicia felt good because she stood up to the bully, made herself heard, and her needs were met. In the process she helped someone else overcome their fears. She felt good being part of the solution. At some point in our lives, each of us has known a bully or has been bullied. We can make a difference, all it takes is one person, one time. Take that first step, speak out for you, someone you know, or even a stranger. It begins with you.

Magnified Healing® for People and their Pets: It is a safe, gentle and powerful healing for you and your pet, healing in all areas: physical, mental, emotional and spiritual.

10 minute Complimentary Sampler – for details email Barbara Kawa at barbara@themindfulchoices.com or click on this link: http://www.barbarakawa.com/magnified-healing-sampler/ to find out more. Thank You!